Our finished film, FIGHTER, is premiering this coming Tuesday night at the Belcourt Theatre at 7:oo pm on September 30th. Admission is FREE.

The night will consist of the showing of three films each created and produced by three teams that studied abroad in Paris, France this past May.

The Back Road Films had a hand in the making of FIGHTER, a short documentary about the afro-french singer- Jara Ezo- and her road to freedom.

It should be a great night! 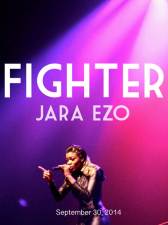